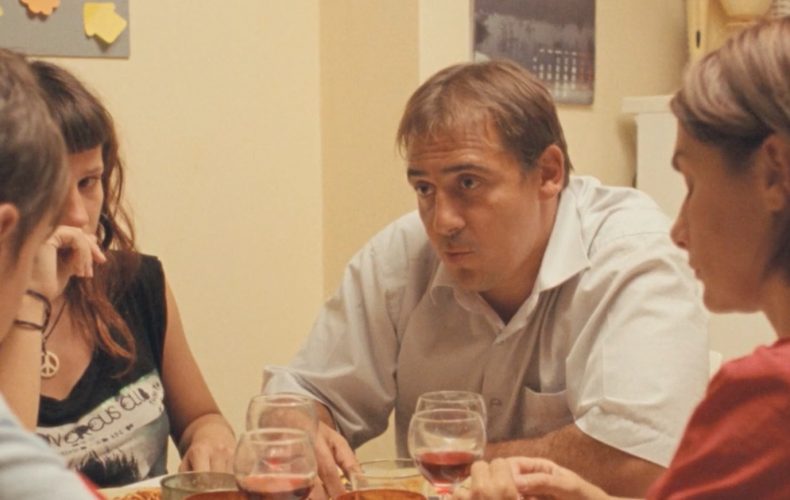 When your daughter invites her boyfriend for dinner

Mircea has a 15-year-old daughter whose boyfriend is invited to dine with the family. He arrives early and they go to her bedroom.  The dinner starts and Mircea finds out that the boyfriend supports a different football team.