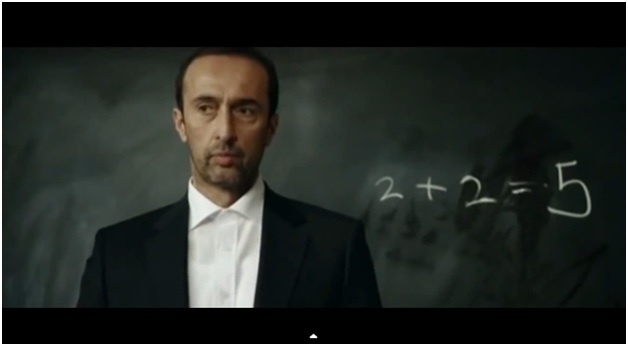 The  film is an allegorical tale about a teacher telling his class of young boys that what they thought was the sum of 2 + 2 is wrong.