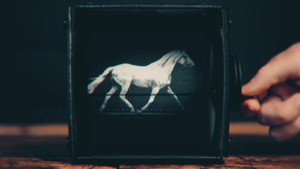 The strange and sordid tale of Eadweard Muybridge, the man who accidentally invented motion pictures. The film is told from the point of view of Muybridge’s abandoned son and viewed completely through a nineteenth century early cinema contraption called a mutoscope.

The Emperor of Time