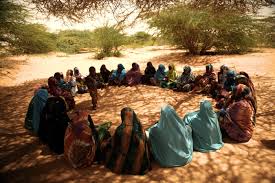 The film is a documentary that takes place in Beerato, a wind-swept village in Somaliland, an unrecognized self-declared de facto sovereign state, recognized as an autonomous region of Somalia. The film is a character-driven piece, of three shepherdesses; the struggles of their daily lives as they deal with analphabetism, shortage of water, and their attempt to put and end to the ancient practice of Female Genital Cutting.